Today only: Symbolic goat gifts doubled until midnight on Dec. 17.

How a mechanical weeding device is making a difference for women farmers.

When Sorn Ken weeds her rice fields, she likes to have company. Her sister So Van helps her in her field, and Sorn will help So in hers. “We chitchat, and when we get tired we take a rest and keep chitchatting,” she says at the edge of her sister’s field. “It’s kind of fun to weed the field with others.”

Sorn says she spends less time weeding her fields than she used to since she started using a mechanical weeding device she helped create with assistance from Oxfam’s partner in Cambodia, RACHANA, an organization based in the southern Takeo province. When farmers use this new tool, they can accomplish in a few hours what used to take them many days.

Oxfam supported RACHANA in designing and testing the mechanical weeders that help farmers grow more rice. Switching to innovative rice-growing systems and using a mechanical weeder can create more than 100 percent gains in production—a huge improvement for rice growers like Sorn and her sister.

In Sorn’s village of Prey Pa’e, RACHANA found a metalworker named Ben Pen who was willing to work with the local farmers to develop the weeders. With RACHANA’s help, in 2009 he began to adapt designs from India and other countries.

The weeders weigh between 4 and 12 pounds. Each of them has a long handle with which the farmers push narrow wheels with steel spikes, churning the earth and tearing up the weeds. Because of the spikes’ resemblance to a dragon’s teeth, the weeders are called niek srer, or “rice dragons.”

Most of the farmers responsible for testing the weeders were women. Though men help prepare the soil and assist with the harvest, women do most of the work in the fields. Pen and RACHANA wanted to make sure that the weeder designs are suitable for them. “These weeders are helping women avoid back pain, and neck pain,” Pen says. “They can stand up, and it’s a lot faster.”

The tools cost about $20—a significant investment, prompting groups of two or three neighbors to buy the tools together and share them. The investment is worth the time saved: the women in Prey Pa’e say it takes three people two weeks to weed a hectare, and by the time they finish, the weeds are already growing again. “With the weeder, three people can finish in one morning,” says Pen Rat, who was part of the prototype testing team.

Simple forms of innovation, like these mechanical weeders, encourage farmers to come together, share their ideas, and play a role in developing technological improvements for their farming. This type of endeavor is just a small part of Oxfam’s work to transform agriculture for the poorest farmers in Cambodia. 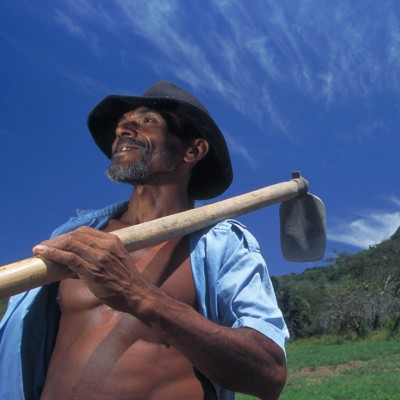 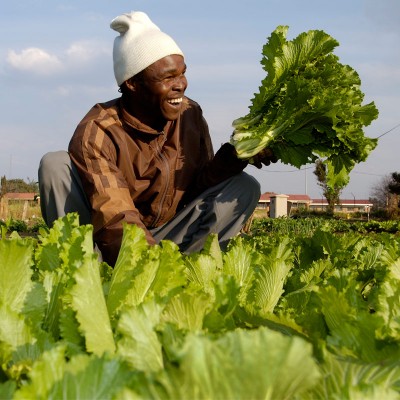 Your donation will be used in general support of Oxfam America's efforts around the world. Oxfam America is highly rated by Charity Navigator, the country's leading independent charity evaluator. Oxfam America meets the 20 Standards for Charity Accountability of the BBB Wise Giving Alliance.